It’s that time of year again–the start of the new academic year for primary and secondary school students. As I sat in traffic on Independence Square in Port of Spain, Trinidad, on the first day of school, I watched the crisp new blouses and shirts, blindingly white sneakers and heavy backpacks hustle by and wondered, again, if there were any tools in those backpacks that would help the students deal with conflict. Each school year brings an increasing number of reports of violence and bullying in schools and the measure most parents favour is transfer to a “good school”. Not all students can be transferred though so, what happens to the others?

This article is the first of a 3-part series that will explore why I think conflict resolution systems are essential in schools, how a school can go about creating such a system and what processes might be included to ensure that the system meets its goals. 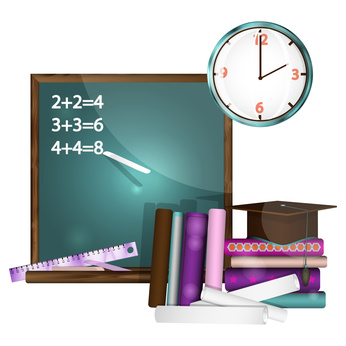 In Trinidad & Tobago, schools are regulated by the Education Act and the National Schools Code of Conduct (the Code) which was adopted in 2009. It is from the Education Act, the purpose of which, as stated in the preamble, is “to make better provision for the promotion of education in Trinidad & Tobago”, that schools draw their power to suspend and expel students—the most extreme forms of discipline. No other part of the Act deals with discipline or with conflict.

The Code “provides the framework for the development and implementation of national and school level discipline policies.” (p. 3). It sets out the rights and responsibilities of students, teachers, support staff and the Ministry of Education. The philosophical underpinning of the Code is contained in one sentence in its introductory pages where the Ministry of Education sets out its idea of what a school is—“a place that promotes the values of responsibility, respect, civility, academic excellence in a safe, learning and teaching environment, as well as promotes equity, justice and fairness.” (p.3). Most of the Code is devoted to the definition of various “offences” and the prescription of recommended consequences. Of these recommended consequences, only two seem participatory—student conference and parent conference. The other consequences range from detention or suspension for varying lengths of time on the one end to arrest and police prosecution on the other end. Nowhere in the Code is conflict resolution mentioned either as a means of prevention or as a means of reduction or as an intervention strategy in conflict between students—as in this case.

Other than the Code, the Ministry of Education offers a Peace Promotion Program, the purpose of which is to address indiscipline in schools. The Ministry’s website however, does not offer any information on how that programme is administered or how successful it has been.

A study by Johnson & Johnson (2002) found that conflict resolution programs in schools taught students to resolve conflicts constructively and also “reduced the incidence of destructively managed conflicts and resulted in a more positive classroom climate.” A conflict resolution program will teach students the skills that will provide them with alternatives to violence and aggression.

Brooks (2005) advocates that developing social competence and maximizing opportunities for meaningful participation of students in the school environment, strengthens their resilience—that is, their ability to withstand the risk posed by certain factors such as family conflict and contact with delinquent youth. Since these are both benefits of conflict resolution, it seems logical that a conflict resolution program will increase the resilience of students.

Finally, it is important to remember that conflict in an organization must be addressed not only at the individual level but also at the systemic or level. A school is an organization. Therefore, at the systemic level, attention must be paid to the culture in which students are operating. If the culture of a school promotes coercion and puts teachers, as the adult role models, in the role of enforcer of school rules, then, they will be modeling coercion for the students. If the culture promotes the values of responsibility, respect, civility, equity, justice and fairness which the Code espouses, students are more likely to adopt those values. Conflict resolution processes reflect these values. A conflict resolution program, once implemented, will change the culture of the school.

Look out for Part 2 of this series in the October issue of MEND!